Errors Are Just a Part of the Game 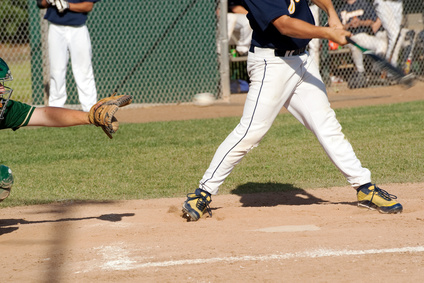 The cool, crisp air of autumn is upon us.  For the first time in two decades, we Pittsburghers can finally hear the crack of the ball off a bat somewhere other than from our couches as we watch other cities’ teams battle to be World Series Champions.  The streak is over.  The Pirates are a winning ball club again.  As Pittsburgh Pirates fans celebrate the Bucs first winning season since 1992 and anticipate playoff baseball at PNC Park, it only seems fitting to quote Fay Vincent, the man who was the commissioner of Major League Baseball the last time the Pirates made the playoffs:

Baseball teaches us, or has taught most of us, how to deal with failure.  We learn at a very young age that failure is the norm in baseball, and precisely because we have failed, we hold in high regard those who fail less often – those who hit in one out of three chances and become star players.  I also find it fascinating that baseball, alone in sport, considers errors to be part of the game, part of its rigorous truth.”

-Quoted in Ernest Kurtz’s ‘The Spirituality of Imperfection: Storytelling and the Search for Meaning’

“Part of its rigorous truth.”  I love that line.  Errors are part of the game.  That is an absolute, incontrovertible truth.  The Major League record for the fewest errors in a 162-game schedule is held by the 2003 Seattle Mariners.  They committed 65 errors that season, approximately one every three games.  Not bad, but not perfect.

What if, as Kurtz suggests, we change the quote just a bit:

Errors are a part of life, part of its rigorous truth.

Not a single one of us is perfect.  We know this.  We cognitively recognize the inherent truth in such a statement.  And yet we fight against this truth all the time.  We strive for perfection constantly, straining and stressing ourselves despite the reality that we will never achieve perfection.  We bash ourselves, heaping criticisms upon us for not being enough, not being adequate, not being perfect.  We tell ourselves that when we improve ourselves, our relationships, our stations in life, we will be happy and better off.  We try to criticize ourselves into having a better body, being a better worker, being a better lover.  Or we numb ourselves in the face our inability to achieve such perfection, through drinking, drug use, overeating, and engaging in other escapist behaviors.

And yet we never achieve perfection.

What if, instead of expecting perfection from ourselves, we accepted that:

Errors are a part of life, part of its rigorous truth.

And what if we also accepted:

Errors are a part of me, part of my rigorous truth.

What happens when we strive for perfection and criticize ourselves for not achieving it?  If we answer honestly, the inevitable conclusion is: We make more errors and only feel more beaten down through the process of self-criticism.

Going back to baseball, ask any ball player what happens if he tries to be perfect at the plate.  He gets uptight.  He grips the bat too tightly, he starts to overthink his swing…and he strikes out.  And if he then becomes self-critical about his strike out?  My guess is he will be even more likely to strike out the next time.  But if instead he recognizes that “errors are a part of the game, part of its rigorous truth,” well, he will likely be able to forget about his past failure and move ahead in a positive way, increasing his likelihood of success.

Keep swinging for the fences.  Keep trying to make that incredible play.  But when you err, perhaps accepting that doing so is part of your rigorous truth could help you make fewer errors and be more compassionate towards yourself.

David Prybock, Ph.D. is a therapist in Pittsburgh.  He conducts individual therapy with adults, providing treatment for anxiety, depression, trauma-related issues, eating issues, and addiction, among other issues.

Helping you find ways to resolve your problems and be happier.